Sunland crew is glad to officially announce beauty contest "Miss Sunland I". The main idea of this contest to give you the opportunity to demonstrate your beauty, and more over, to show all that Sunland idea is modern and quite interesting to the young people. So, we can attract the young to the Sunland.

Well, conditions of the contest is following:

You send to the contest's jury at least three photo via email contestsunland@mail.ru
We will make a poll on the our site http://new-libertalia.co.nr/ Any visitor may vote for you. Note: if you wish you may specify that you want to be under the pseudonym (nik).

Deadline receiving the photo - 1 month from this day XXVI Virt, I Year S.E.

Outcome of the contest will be announced in two months - in the end of Creat.

The winner will be awarded by a grand prize. It is a fashion beach bag with Sunland symbols and a nice surprise inside it.

Moreover, the three girls who collect maximum votes will be awarded by special prizes. It T-shirts and cups with Sunland symbols.

So, take a part in this enjoyable contest and show your beauty. 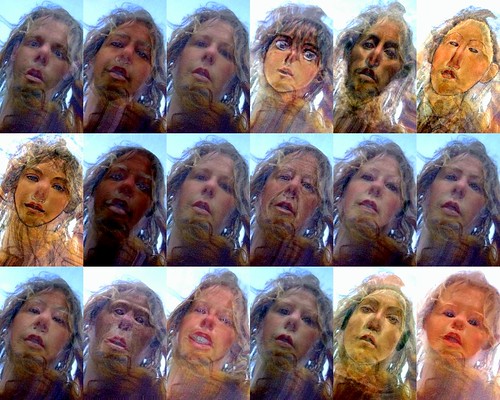 We busted our asses to bring you guys our debut track, "Christmas From Hell." Please take a moment to listen to it at www.myspace.com/themours

and let us know what you think!

Keep in touch and rock on!
<3 Mours

Some members of the community claim that we are not the artists. They accuse us of spam. They are wrong. We are the artists!
----
This is one of the performances of our movement (The author: Dmitry Kremnev. Participants: Dmitry Kremnev and Artyom Suslov)

1. In connection with the so-called global crisis art movement "POP-REVOLUTION"
(with the partial assistance of ART-REVOLUTION) and the artist Artyom Suslov
as well as several other free artists decided to create and implement the concept of
promotion of new art "Dyudrok."

The essence of this art is to re-establish the own way of avant-garde and surrealism.
Dyudrok included any avant-garde and modern art with blurred boundaries of genres and
unlimited fantasy of the author.

At the moment, the world economic system as well as world political system infringe
on the majority of rights, freedoms, opportunities and even hopes of man.
In this regard, decreasing the creative capacity of most people because
it decreases the level and scope of vision as well as the hope of translating its
into reality. At the time of the current crisis, a simple man forgets about high ideals,
he dreams at a low level. Dyudrok must to protect people from objective reality.
We believe - the objective reality that is at this level of crisis can and should move to
second place. We have the right to push it into second place if we give to the man a
new reality, which will carry the title of "objective". what is now "objective" will take
second place, or just disappear for a man.

Accordingly, we believe that everyone, regardless of his religious beliefs, his status in
the society, and regardless of the sanctions, which in future could be taken against the
"Dyudrok" has the right to go to the new reality at any time, partially or completely .

2. In our view, any human rights organization and any commission or authority that
to deal with human rights have the obligation to protect the right of every adult
in the transition, partial or complete, in a different reality.

3. If the man who entirely gone in a different reality according with the laws of this reality
can no longer be capable - this is his personal decision as the new reality does not contradict
the existing laws and not causing harm to anyone. Neither does the campaign leading cause harm.
No one is obliged to support the individual's life in old reality when he left a letter of
advice (note) with the signatures of witnesses.

4. The departure of a reality, as well as assistance in this, not an injury to humans,
because the only thing involved in this process - the human imagination.
But imagination does not belong to the bodi, as well as the experiments of the imagination
is not harmful for the rights of mental functions.
Accordingly, there is no room for any regulations on the intentional infliction of harm or death to
humans. Also note that imagination is fully subject to his master.

5. Relatives and friends of man who passed away in a different reality have the right to challenge the
decision through the courts or through the human rights organizations and and demand to return
him to the reality in which they are located. In doing so, c. 5 is partly contrary to the core - 1 item,
and further debate on this soil can be resolved only in the mutual agreement of the parties.

6. As Dyudrok is not limited with anything and depends only on the human imagination,
it does not conflict with any law and religious customs.

7. For the same reason (not limited and opportunity
giving own properties) Dyudrok and concept its development
and its veneration is not any organization or religion
nor the political movement. Because Dyudrok do not have its own symbols and beliefs.

The author of the Manifesto is Artyom Suslov.
Art - Movement "POP-REVOLUTION"

Hello fellow people-who-spend-way-too-much-time-on-LJ. I just created my sixth or seventh community? I think I have a problem. Is there a 12 step program community I can join? Anyway, here it is...

Because Not All Costumes Are Created Equal.

There will be a contest to see who can find the worst costume of Halloween 2008. Feel free to participate!
Collapse